Big congratulations on another wonderful launch, standing room only crowd at Daunt Books, for Nadia Marks with her latest absorbing novel BETWEEN THE ORANGE GROVES.  Get ready for another gorgeous summer read, lose yourself in this emotional and sweeping historical novel spanning decades in the lives of two families from different religions on the island of Cyprus.  Nadia’s characters are transported back to an island brimming with passion and, at its heart, a scandal that still haunts those involved. Is it too late for forgiveness? Or can the next generation embark on a journey of their own to help mend the damage done all those years ago?

Nadia is currently working on her fourth novel for Pan Macmillan. 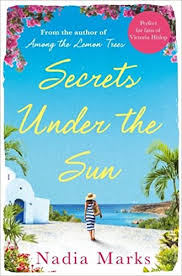 A stunning romantic mystery by the sea, from Nadia Marks, author of the bestselling Among the Lemon Trees.

The truth will surprise you…

On the island of Cyprus, in the small seaside town of Larnaka, three childhood friends have reunited for the funeral of Katerina, the much-loved old woman who had a profound effect on their lives.

Eleni, Marianna and Adonis grew up together, as close as siblings. Although from humble beginnings – a housemaid from the age of thirteen – Katerina’s love, wisdom and guidance helped shape them all.

Her loss leaves the friends bereft, but the funeral is not just a time to mourn and remember. Adonis’s mother decides that with Katerina’s death comes the time to share the family’s secrets and answer the riddles of their childhood. A story of deception, forbidden love and undying loyalty unravels.
What she reveals will change everything . . .

“My book of the year. An utterly gripping story of love and family secrets” — Vanessa Feltz on Among the Lemon Trees

Published by PanMacmillan 17 May 2018

What better way to celebrate this week of excellence with the publication of DETOX KITCHEN VEGETABLES by Lily Simpson, owner of The Detox Kitchen.  Profiled in The Sunday Times, The Independent, and numerous other publications this week readers have been able to get a taste of what’s in store in this epic cookbook. Read on and turn up the volume on your vegetable creations.  A whole new exciting and scrumptious world awaits!

Lily Simpson’s exquisite way of cooking is inspired by a range of seasonal greens such as asparagus, green beans and pak choi, as well as the rest of the rainbow: butternut squash, aubergine and sweetcorn. With clever cooking techniques and spicing, her recipes reinvent the vegetarian-style menu – Honey and tamari-roasted fennel salad, Spinach kitchari, Beetroot and shallot fritters, Roasted cabbage with lentils, and Rhubarb granita are just a few of the fantastic dishes that fill the pages of DETOX KITCHEN VEGETABLES.

This beautiful book also includes tips on how to shop for, prepare and cook each vegetable, and tells you when they’re in season so you can get them at their peak time for flavour and nutrition. It’s a way of cooking that will nurture not only good health and wellbeing, but also your everyday joyfulness.

Feel-good recipes that celebrate the versatility and deliciousness of vegetables (and are free from wheat, dairy and refined sugar). 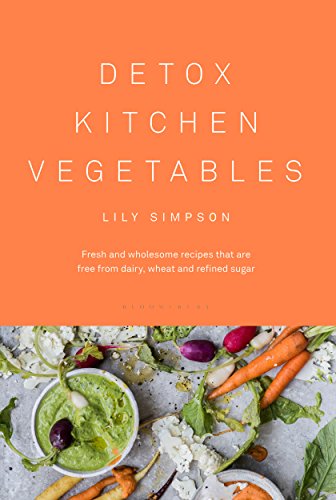 It’s utterly thrilling when you read a book in manuscript form and you just know it has award-winning written all over it!  Huge congratulations to Ken Oppel on winning the Book of the Year for Children Award from the Canadian Library Association.  There’s a reason we call you Mr. Number One.

Following a #1 Box Office film in Germany, a play in France, Holland, Belgium and a forthcoming showstopper in Italy, a new play has just opened in the Czech Republic based on the international bestselling book WHY MEN DON’T LISTEN & WOMEN CAN’T READ MAPS.  If the photos are anything to go by this play will have audiences rolling with laughter but also contemplating the complexities of their own personal relationships.

J. Randy Taraborrelli’s SINATRA: BEHIND THE LEGEND hit the Sunday Times bestseller list just in time to celebrate what would have been Frank Sinatra’s 100th birthday.

Buckley said: ‘Marks’ novel focusses on two gripping storylines. When the present day Anna finds herself at a crossroads in her marriage and decides to spend some time with her father and his family on the Mediterranean island he grew up on, she uncovers a heart-breaking story of forbidden love and lost chances during the Second World War. The Five Words for Love is a wonderfully warm and atmospheric summer read that I am hugely excited to be publishing.’

Dorie Simmonds calls Nadia ‘an incredible and evocative writer and from the moment I opened her manuscript I was immediately transported to the lush Greek isles and Italian villages of World War II. She’s created a novel full of secrets and discoveries that will surely cement her in the firmament of other bestselling authors like Victoria Hislop and Santa Montefiore. I couldn’t be more thrilled to see her debut published by Louise Buckley at Macmillan.’

Marks said: ‘I am delighted and honored to have my first novel published by such great publishers as Macmillan. The Five Words for Love came straight from the heart and it’s a huge thrill that Louise Buckley was captivated by the story and wanted to publish me.’

Marks was a top level art director for women’s magazines such as Company and She magazine for many years, but now works as a freelance journalist. Her articles have appeared in the Guardian, Mail on Sunday, Daily Express, Independent, the Royal Photographic Society Journal, Psychologies and In Style magazine. She has also contributed to Italian Vanity Fair, Brazilian Vogue, Greek and Australian Marie Claire and to Vima, the biggest Greek Sunday newspaper.

The Five Words for Love will be published in spring 2017

Kenneth Oppel, author of numerous award-winning books for young readers, will be making a whistle-stop visit to the UK to tour for the entrancing paperback edition of his latest book, THE BOUNDLESS.

Ken’s previous books for young readers have won a multitude of awards; AIRBORN was winner of a Michael L. Printz Honour book Award and the Canadian Governor General’s Award for Children’s Literature; its sequel SKYBREAKER was a New York Times bestseller and was named Children’s Novel of the Year by The Times.

The SILVERWING trilogy has sold over a million copies worldwide and has been adapted in to both an animated series and a stage play.

Ken will be stopping off at Waterstones in Piccadilly, London on Tuesday May 19th at 7pm, to conduct a platform event with Lauren St John and Robin Stevens.

… Or you can catch him at public event Hay-On-Wye Book Festival on Saturday 23rd May speaking on a fiction panel with Tim Bowlen and Sam Hepburn talking about thrillers, fantasy and writing across the 9-14 age range.

The Sunday Times Style Magazine’s first issue of 2015 featured our delectable Queen of healthy eating Lily Simpson on the front cover and her fab Detox diet ran for three consecutive weeks. Each week’s feature looked at how Lily’s recipes could help readers stick to their New Year’s resolutions. The first week focused on skin, the following week looked at energy levels, and the final piece featured recipes that boost the immune system, to make sure 2015 was started in the healthiest way.

Lily is now also featured on Waitrose TV.  Keeping on track with her rules for life, Lily created four unique Gluten-free recipes: cauliflower pizza, cacao cake, lemon chicken, and pistachio and lemon oat bars all with easy-to-follow videos  found online at Waitrose TV. http://www.youtube.com/watch?v=KGctiFMGfGg Lily’s book, THE DETOX KITCHEN BIBLE will be available to preorder at Amazon here  and you can keep up-to-date with her on Twitter and Instagram at @TheDetoxKitchen as well as her website detoxkitchen.co.uk

Connell said: “J Randy’s books are always insightful, superbly researched and brilliantly entertaining and there could be no better subject for his talents than Beyoncé.” The book will include “exclusive interviews with people who have played pivotal roles in Beyoncé’s life and career”.

Taraborrelli is the author of 14 biographies, including Michael Jackson: The Magic and the Madness (Pan Books).

He said: “I can’t think of a more intriguing subject than Beyoncé. In terms of research, there’s no road map to follow since this is the first major biography. Therefore, we’re breaking new ground with every chapter. From Destiny’s Child to solo superstardom to her marriage to Jay Z, Beyoncé has lived a most incredible, inspiring life. I know my readers will enjoy her journey.”

Pan Macmillan will publish the book in autumn 2015.

TIME MAGAZINE ON THE ANNOUNCEMENT: http://time.com/3544021/beyonce-biography-unauthorized/